in the Global Oil and Gas Industry

The upstream sector of the International Oil and Gas Industry requires large amounts of capital to be deployed in the development of discoveries and the investment in supporting infrastructure. Fundamentally, the concept of unitization is about operational efficiency – it is about co-operation between different commercial entities and/or such entities and host governments. Traditionally, the ‘Rule of Capture’ allowed any party to recover hydrocarbons from a reservoir by exploiting the migratory nature of crude oil/gas. All other issues aside, this methodology led to excess costs through duplication and inefficiency/wastage in recovery of the resources. Often a reservoir may ‘straddle’ boundaries owned and operated by different commercial entities, or even by different countries. Read More

What will you learn?

Questions about the course?

Why don't you schedule a free Microsoft Teams meeting with one of our advisors at your convenient time?

Chris has 30 years’ experience within the oil and gas industry – initially working offshore on rigs in the UK and Norway before becoming involved with projects and supply chain issues. He helped establish an anti-corrosion production facility in Aberdeen for casing tubulars – running the production facility initially before going on to create and manage the supply chain. He has set up distribution networks supporting the North Sea E&P industry within Aberdeen. He has managed (and continues to do so) a variety of ‘special projects’ internationally – normally strategic or change management focussed. He has worked/consulted extensively within the field of supply chain management – is a contracts specialist and an international commercial arbitrator. 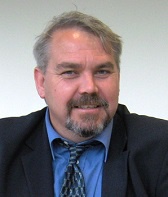 All our classroom sessions are suspended due to the global pandemic. We will resume our classroom style delivery once the pandemic is over and travel restrictions lifted

All our courses are available In-House and can be tailored to your specific needs. If you are interested in having this course In-House either in your office or in any location of your choice, please complete the form below and one of our representative will be in touch with you shortly.

Do you have ten or more people interested in attending this course? Do you want to tailor it to meet your company’s exact requirements? If you’d like to do either of these, we can bring this course to your company’s office. You could even save up to 50% on the cost of sending delegates to a public course and dramatically increase your ROI.

If you want to run this course at a location convenient to you or if you want a completely customised learning solution, we can help.

We produce learning solutions that are completely unique to your business. We’ll guide you through the whole process, from the initial consultancy to evaluating the success of the full learning experience. Our learning specialists ensure you get the maximum return on your training investment

Questions about the course?

Why don't you schedule a free Microsoft Teams meeting with one of our advisors at your convenient time?

Restrict your travel not your training

The concept of Unitisation is simply that all parties work together towards optimizing hydrocarbon reserves, and each party receives a share in proportion to their ownership. Unitisation is of central importance to the International Oil and Gas industry and has many implications – from both a corporate/financial perspective, to complex contractual agreements – to environmental and social issues. This course has been specifically designed to give the delegate a thorough understanding of the key issues involved within unitization and their interaction with one another.Emphasis is on open dialogue throughout and the course has been designed to be an immersive experience within the subject.